Thoughts about Our “New” Strategy 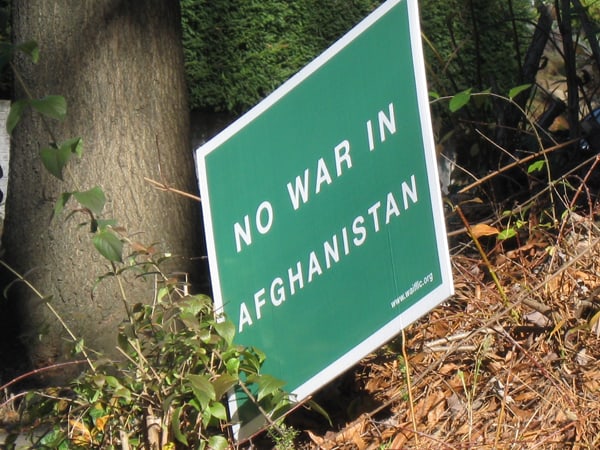 Thoughts about Our “New” Strategy

I saw this sign today. It seemed about 8 years late.

I commented to my sister about how sad it was that so many people now talk about the war in Afghanatan as though it was a new war. Many of those people were the same people who supported our invasion of Afghanistan in October 2001.

My sister said: “I supported going after Usama bin Laden and the Taliban in his stronghold.”

I said, “I supported accepting the Afghanistan offer to try Usama bin Laden as a criminal in a Muslim country of our choice.”

It’s not that I am unhappy that people have come to oppose the expansion of the war in Afghanistan. It is that I wish they would remember that they thought it was a good idea 8 years ago. And it wasn’t a good idea then and it isn’t today.

If we only lived by the rule of law that we claim it is possible that not only bin Laden would be in prison, but that war would be seen as an archaic and genuine last resort as we claim and not the first thing that comes to mind when we are attacked.

As it says on the side of the Department of Justice building: “A country not ruled by law, is ruled by the caprice of man.”

And no man is so perfect that his caprice is better than our imperfect law.