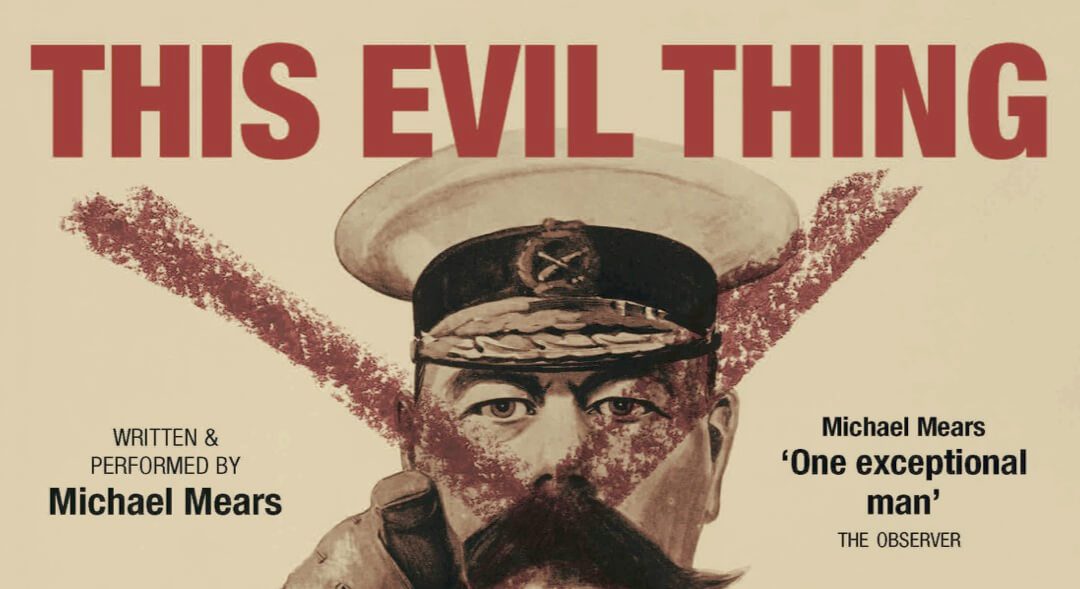 Governments called it “Conscription” and “the Draft” . . .

Actor and playwright Michael Mears believes he has inherited a ‘pacifist gene’ – but he’s not sure where from – as his own father and grandfather fought in both world wars.
His play “This Evil Thing” explores the courage it took to be a pacifist in World War I in the UK, 100 years ago – following two men in particular:
• Bert Brocklesby, a young schoolteacher, and preacher at his local Methodist church.
• Bertrand Russell – one of the greatest philosophers of his time.
The advent of military conscription in 1916 turns their worlds upside down.

With military conscription still in force in many countries today, and prisoners of conscience still languishing in jails, the questions posed by “This Evil Thing” are as relevant and urgent as they were 100 years ago. Though the story focuses on British Conscientious Objectors, the same abuse and torture that they endured was mirrored across the ocean in the US, where thousands of men refused induction in WWI for reasons of conscience.

In the spring of 2018, CCW and Michael toured nine states, with Michael performing 17 shows over six weeks.

Michael Mears, ‘The Fringe-First Award winning master of the one-man show’ (The List), portrays a gallery of characters from conscientious objectors to army generals, from prime ministers to world-famous mathematicians, with breathtaking physical and vocal dexterity, in a highly original piece of storytelling. At its world premiere at the Edinburgh Fringe 2016, “This Evil Thing” received four-star reviews and acclaim from audiences and press alike.

Thank you to all who supported the tour! 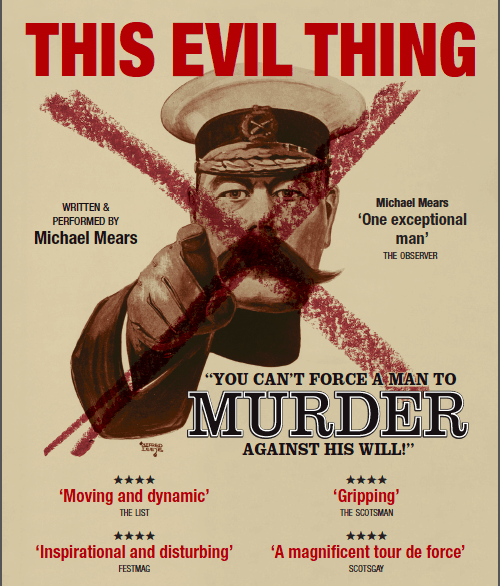