“The delicacy and fragility of life hit me”: Kyle Toon’s Journey to Conscientious Objection 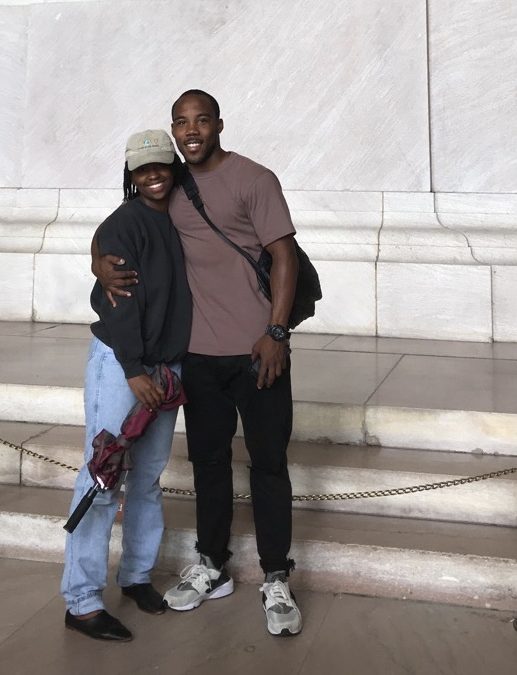 On International Conscientious Objectors Day, we are excited to post this interview, the first in an ongoing series of interviews with conscientious objectors CCW has worked with over the years.

Kyle contacted CCW in the summer of 2020, just weeks after the military was mobilized to “patrol” demonstrations in support of Black Lives. A Warrant Officer, Kyle spent 12 years in the US Army, striving to provide for his family the best way he thought he could, but he always had the nagging feeling that something about what he was doing in the army was not right. The events of 2020 changed a lot of lives in many different ways; for Kyle, the change was that he knew he could no longer suppress his conscience. The time had come for him “to be true to my convictions and uphold each value and principle without compromise.”

Thank you, Kyle, for sharing your story.  And thanks to everyone reading this, for your ongoing support!

The Center on Conscience and War

“The delicacy and fragility of life hit me”: Kyle Toon’s Journey to Conscientious Objection

When Kyle Toon first thought about joining the Army, it felt like morning.

In 2009. he was about to graduate from high school in Virginia.  The new Obama administration was just getting started, and was promising to do right by the country of Afghanistan. Toon knew his scores on the ASVAB test meant he could be an intelligence officer, part of the next generation of national defense. “I envisioned the military as the vanguard of freedom,” Toon wrote later, “and defenders of eternal grace and tranquility.” He read his enlistment contract carefully, and checked the “NO” box when asked if he was a conscientious objector.

Twelve years later, Toon was typing the words “conscientious objector advocate” into a search engine—which is how he found CCW. He sat down with me (over Zoom) the week his brigade commander at Fort Carson recommended to DACORB that his CO claim be approved.

Growing up in Maryland just south of Annapolis, all Toon heard about the military was that his uncle and grandfather had been in the Army. His uncle was quiet about his service in Vietnam, but “my grandma had Grandpa’s Bronze Star and Purple Heart” from his grandfather’s World War II service. When the recruiters at his Virginia high school came by, he listened and signed on the dotted line in 2009.

But when he entered basic training, Toon found himself cringing during marksmanship training, where drill sergeants urged him to “neutralize, destroy, and defeat enemies both foreign and domestic.” That cognitive dissonance would escalate over the years.

His first deployment was to Afghanistan, which Toon called “a constant reminder, every minute, that your life was in jeopardy.” His convoys endured mortar fire and improvised explosive devices (IEDs) on a regular basis. Toon remembers “my first IED,” as they drove through some arduous terrain: “the vehicle right in front of me lifted from the impact.” It was easiest not to let oneself feel, he told me. “You become extremely numb, just going through the motions.” But still, “before and during every mission, there was kind of a gut-wrenching feeling.”

It wasn’t that he hated the country: “I loved the Afghan people!” But it didn’t take long to feel that there was no progress being made. “It felt like what we were doing was kinda counterproductive.” He didn’t talk much about that feeling when he went back to the U.S. and to Fort Gordon, the heart of Army intelligence, in 2012. He didn’t talk about it on his next deployment, which was to Korea, on a base close to the North Korean border that ran constant “readiness exercises” simulating an invasion from the North. Most of his intel work was interrogation training, but as a sergeant he was always busy: “I was kinda NCO of everything.”

In 2013, Toon hit two life milestones: he started college, at the University of Phoenix, and he got married to Ahjanae (see the photo above), who he’d fallen in love with just before boot camp and was now the mother of his only son. And he told his new wife about that gut-wrenching feeling the Army gave him. Do what you need to do, she said.

Soon Toon’s first tour was ending, but his command was encouraging him to re-enlist. He was torn: with a new baby on the way, was this really the time to give up the Army’s solid pay and excellent benefits, and take his chances on the outside? “I didn’t want to subject my family to desperate poverty,” Toon said. So, he re-enlisted, hoping for a sub-specialty that had more to do with computer data and less with interrogation. Meanwhile, he dove into the challenges of undergraduate school.

Ahjanae, who Toon calls “the prototype of independent thinking and expression,” was also asking a lot of questions about what to do with her life. After the 2012 death of Trayvon Martin and the Black Lives Matter movement that resulted, she’d encouraged her new husband to take courses on African American history.  She kept asking him: “So what do you really know about Martin Luther King? About Malcolm X?” The readings for those classes would rock his world. He was particularly struck by King’s 1967 “Where Do We Go from Here?”

Toon kept studying when he got to his next deployment, in West Germany, where he was on a team assessing intel security in bases all over Europe. He found himself jarred by what felt like an obsession with Russia and told the base chaplain: “I have this internal feeling that I don’t belong here.” He started keeping a journal, which he kept up when he went to Fort Campbell for warrant officer school.

He also kept reading, electrified by The Autobiography of Malcolm X, which he said “shaped my understanding on the preservation of life pertaining to reframing a worldly outlook that is conducive to making deliberate and intentional decisions.” Including a decision about what his Army life meant; Ahjanae asked him to think, “Who are you beyond the uniform?”

If he was that uncomfortable with war, he needed to read about peace.  By now, in 2019, he was based in Kuwait, with a team of intel collectors under his command. “Talk about cognitive dissonance,” Toon said: by day, he would send troops out to collect strategic intelligence, while by night he was reading Gandhi, Thoreau, and even more Martin Luther King. He kept reading, and thinking, when his team returned to the U.S. at Fort Carson, in Colorado—where he led four teams, all of whom might be deployed anywhere their skills were needed.

It was the police murder of George Floyd, in mid-2020, that got Toon to identify as a conscientious objector.  “The delicacy and fragility of life hit me” after that May 25, he told me. With the national uprising all around him, he realized I have to create change in myself. A Google search brought him to the G.I. Rights Network, and to CCW executive director Maria Santelli.

Working with CCW was invaluable, Toon said. Even before he submitted his CO claim in February 2021, Santelli helped him change his assignment, away from commanding deployable troops. He’s now working at Fort Carson’s Sexual Harassment and Assault Response Program, as a Brigade Victim Advocate.

After the claim was filed, CCW worked with Toon to keep it moving, prepping him for the three-hour interview with the investigating officer and writing a rebuttal to the chaplain’s statement that Toon’s going to warrant officer school “undermined my claim” and that Toon was objecting because of his “political leanings.”

When we talked, Toon was thrilled that his commander had recommended approval and hopeful that the next stage will go well. The whole process has been “breathtaking,” he added. I’m feeling so comfortable with where I’m at. [And] writing the claim has been therapeutic.” It also got him ready for the writing he now has to do in graduate school, where he’s now studying to become a family counselor.

What does he have to say to a military member who’s considering embarking on the CO process? “Deeply examine all the aspects of personhood. Explore yourself.”

The full audio of Kyle’s interview is available here.  Many thanks to Kyle for sharing his story, and to board member Ethan Foote for help with the audio.