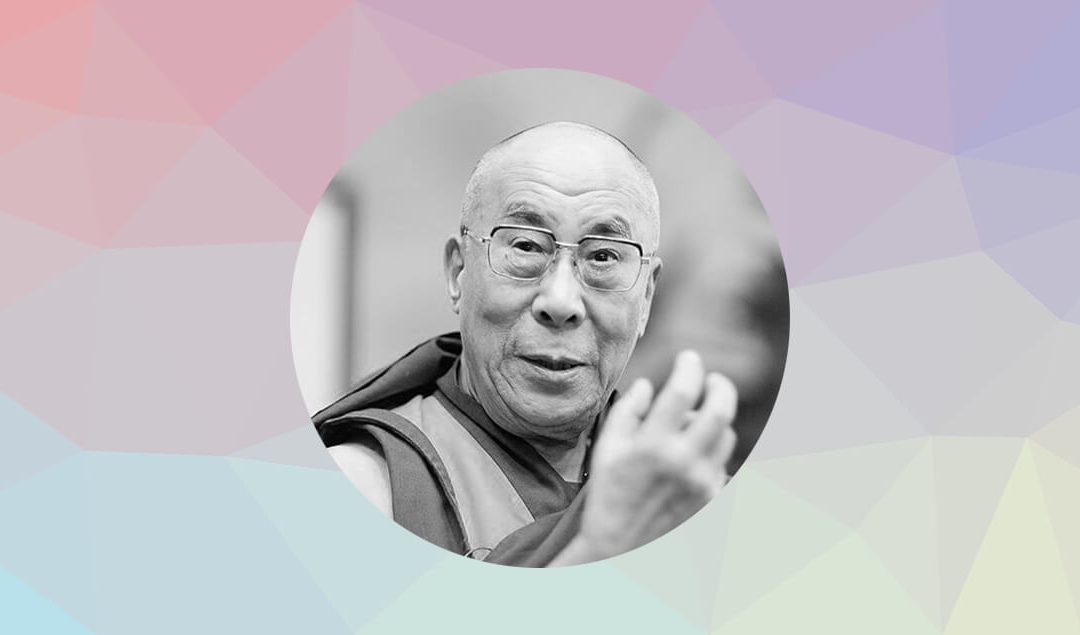 Thinking over what I might say today, I decided to share with you some of my thoughts concerning the common problems all of us face as members of the human family. Because we all share this small planet earth, we have to learn to live in harmony and peace with each other and with nature. That is not just a dream, but a necessity. We are dependent on each other in so many ways that we can no longer live in isolated communities and ignore what is happening outside those communities. . . .

The realization that we are all basically the same human beings, who seek happiness and try to avoid suffering, is very helpful in developing a sense of brotherhood and sisterhood— a warm feeling of love and compassion for others. This, in turn, is essential if we are to survive in this ever-shrinking world we live in. For if we each selfishly pursue only what we believe to be in our own interest, without caring about the needs of others, we not only may end up harming others but also ourselves. This fact has become very clear during the course of this century. We know that to wage a nuclear war today, for example, would be a form of suicide; or that to pollute the air or the oceans, in order to achieve some short-term benefit, would be to destroy the very basis for our survival. As individuals and nations are becoming increasingly interdependent we have no other choice than to develop what I call a sense of universal responsibility.

Today, we are truly a global family. What happens in one part of the world may affect us all. This, of course, is not only true of the negative things that happen, but is equally valid for the positive developments. We not only know what happens elsewhere, thanks to the extraordinary modern communications technology, we are also directly affected by events that occur far away. We feel a sense of sadness when children are starving in Eastern Africa. Similarly, we feel a sense of joy when a family is reunited after decades of separation by the Berlin Wall. Our crops and livestock are contaminated and our earth and livelihood threatened when a nuclear accident happens miles away in another country. Our own security is enhanced when peace breaks out between warring parties in other continents.

But war or peace; the destruction or the protection of nature; the violation or promotion of human rights and Democratic freedoms; poverty or material well being; the lack of moral and spiritual values or their existence and development; and the breakdown or development of human understanding, are not isolated phenomena that can be analyzed and tackled independently of one another. In fact, they are very much interrelated at all levels and need to be approached with that understanding.

Peace, in the sense of the absence of war, is of little value to someone who is dying of hunger or cold. It will not remove the pain of torture inflicted on a prisoner of conscience. It does not comfort those who have lost their loved ones in floods caused by senseless deforestation in a neighboring country. Peace can only last where human rights are respected, where the people are fed, and where individuals and nations are free. True peace with ourselves and with the world around us can only be achieved through the development of mental peace. The other phenomena mentioned above are similarly interrelated. Thus, for example, we see that a clean environment, wealth or democracy mean little in the face of war, especially nuclear war, and that material development is not sufficient to ensure human happiness. . . .

Responsibility does not only lie with the leaders of our countries or with those who have been appointed or elected to do a particular job. It lies with each of us individually. Peace, for example, starts within each one of us. When we have inner peace, we can be at peace with those around us. When our community is in a state of peace, it can share that peace with neighboring communities, and so on. When we feel love and kindness towards others, it not only makes others feel loved and cared for, but it helps us also to develop inner happiness and peace. And there are ways in which we can consciously work to develop feelings of love and kindness. For some of us, the most effective way to do so is through religious practice. For others it may be non-religious practices. What is important is that we each make a sincere effort to take seriously our responsibility for each other and for the natural environment. . . .

Through persistent nonviolent popular efforts dramatic changes, bringing many countries closer to real democracy, occurred in many places, from Manila in the Philippines to Berlin in East Germany. With the Cold War era apparently drawing to a close, people everywhere live with renewed hope. Sadly, the courageous efforts of the Chinese people to bring similar change to their country was brutally crushed last June. But their efforts too are a source of hope. The military might has not extinguished the desire for freedom and the determination of the Chinese people to achieve it. I particularly admire the fact that these young people, who have been taught that “power grows from the barrel of the gun,” chose, instead, to use nonviolence as their weapon. . . .

For the stability and peace of Asia, it is essential to create peace zones to separate the continent’s biggest powers and potential adversaries. President Gorbachev’s proposal, which also included a complete Soviet troop withdrawal from Mongolia, would help to reduce tension and the potential for confrontation between the Soviet Union and China. A true peace zone must, clearly, also be created to separate the world’s two most populous states, China and India.

The establishment of the Zone of Ahimsa would require the withdrawal of troops and military installations from Tibet, which would enable India and Nepal also to withdraw troops and military installations from the Himalayan regions bordering Tibet. This would have to be achieved by international agreements. It would be in the best interest of all states in Asia, particularly China and India, as it would enhance their security, while reducing the economic burden of maintaining high troop concentrations in remote areas.

Tibet would not be the first strategic area to be demilitarized. Parts of the Sinai peninsula, the Egyptian territory separating Israel and Egypt, have been demilitarized for some time. Of course, Costa Rica is the best example of an entirely demilitarized country.

When I visited Costa Rica earlier this year, I saw how a country can develop successfully without an army, to become a stable democracy committed to peace and the protection of the natural environment. This confirmed my belief that my vision of Tibet in the future is a realistic plan, not merely a dream.

(From The Nobel Peace Prize Lecture)