Review of “Soldiers of Conscience” documentary 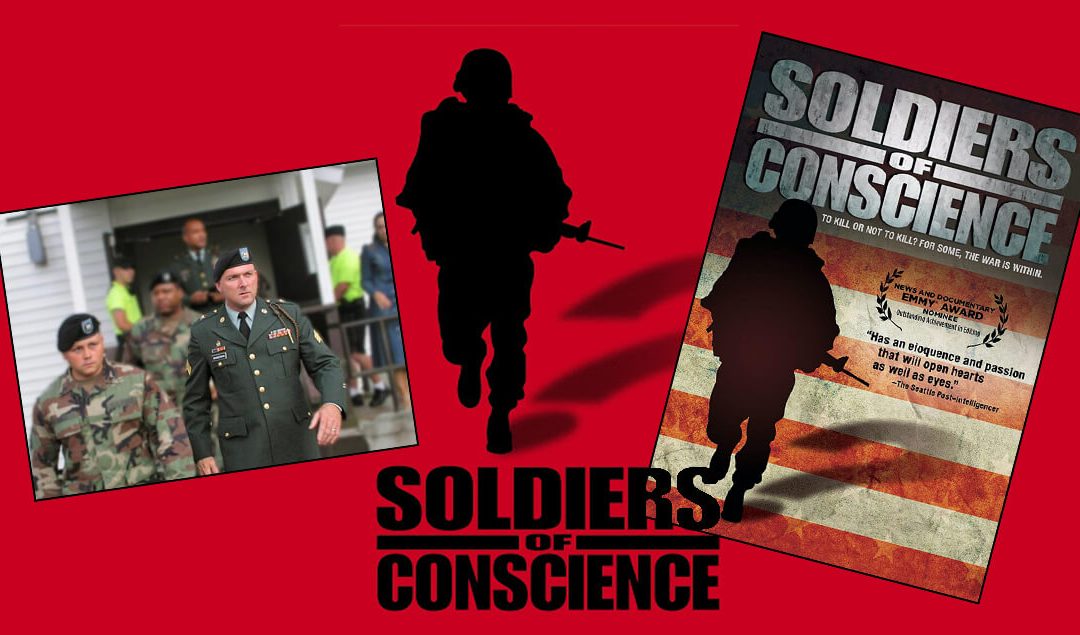 “Soldiers of Conscience,” produced and directed by Gary Weimberg and Catherine Ryan, is a thought-provoking and open-ended examination of the power of a soldier’s conscience to say no to war. There is no frenzied forced-feeding of “right or wrong” or “moral or immoral” as the filmmakers challenge the viewer to step beyond their self-evident truths. This isn’t another self-serving rant filled with cranes, peace buttons, and angry Bush-bashing protestors. It is an unbiased look at soldiers who sincerely believe that the killing of war is at times morally justifiable, juxtaposed with those whose consciences have forced them to set down their weapons and answer to a higher calling for peace.

The documentary is propelled by a West Point philosophy instructor, Major Peter Kilner. A former infantry commander whose experience with war and killing comes from his discussion with soldiers who have experienced both, Kilner hypothesizes that soldiers struggle with their consciences because the military fails to teach them that it is moral to kill. His hypothesis is not undermined by an intellectual treatise on pacifism or by divisive and misinformed rhetoric, but by the faces and stories of those who have killed and interrogated; both those who can justify their actions as necessary and those who cannot.

This haunting documentary captures the experience of soldiers. It tells the story of their struggles with duty and conscience through both spoken words and images of destruction in Iraq that, at times, speak more eloquently than any conscientious objector or soldier. The words of four military COs—Camilo Mejia, Kevin Benderman, Aidan Delgado, and Joshua Casteel— serve as a powerful testimony to humanity’s willpower to say no to the violence and killing of war. The pained looks and voices of those who have killed and are willing to kill again remind the viewer that the scars of war are deeper than most of the American public, both those within the military and those who are not, are willing to admit.

Gary Weimberg and Catherine Ryan have succeeded in producing a work that captures the reality of war for both soldiers and the civilians caught up in it. It is not another documentary with a political or ideological agenda telling the viewer what to think and feel. Although it is impossible, whether peace advocate or a believer in war, to walk away from this documentary and not think and feel that war is a tragedy for all involved.