So you think you know the cost of our military? 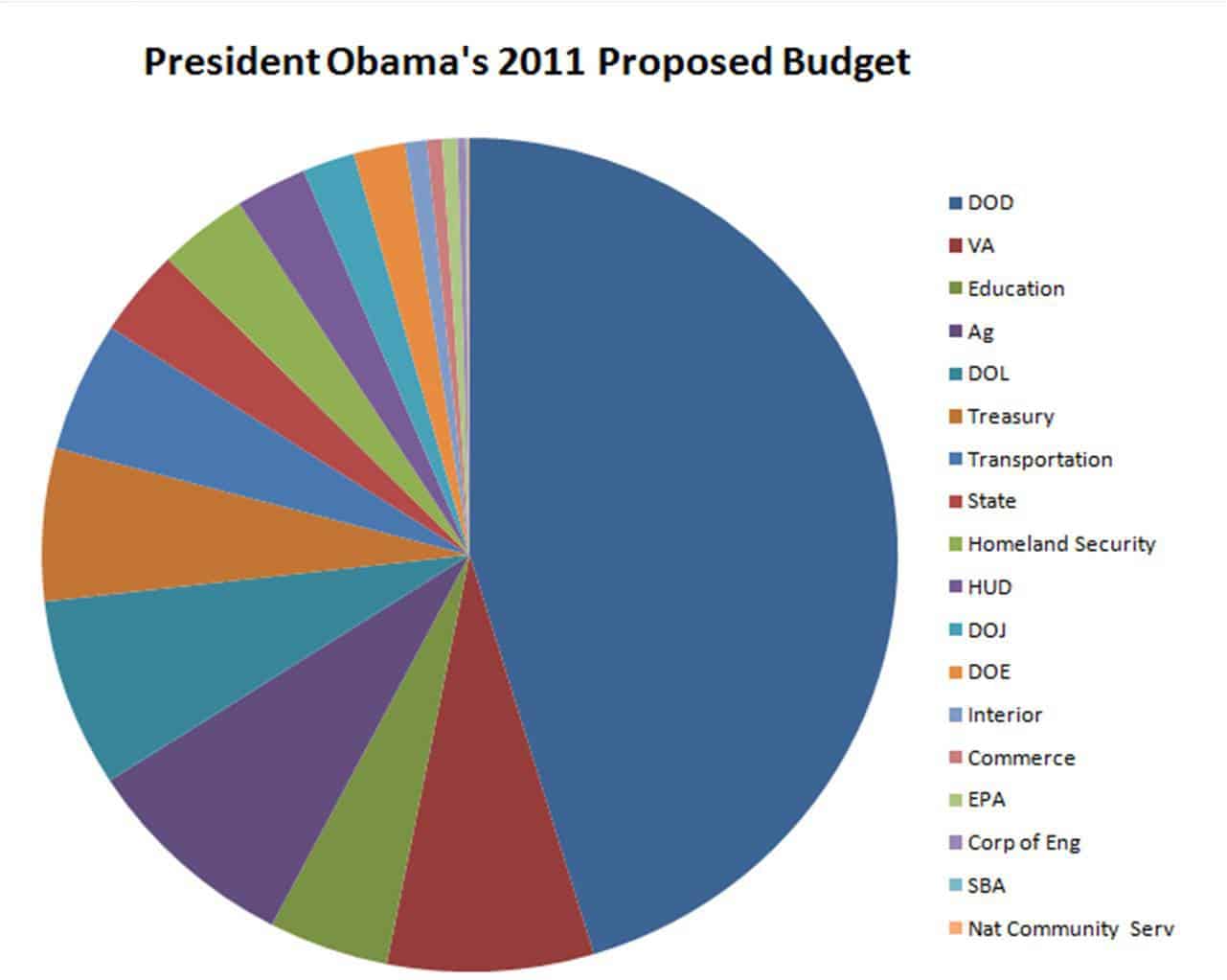 So You Think You Know the Cost of Our Military?

Let me suggest that you only know a part of it.

I am not weighing in on the good or the bad of all the costs that I will point out to you here.  I am just pointing them out.  Some of them, such as providing care for those who were harmed in their military service, I personally support very strongly.  But, whether I support the costs or not, the total cost is very high.

You can see from the pie chart below that the proposed budget of the Obama Administration plus the mandatory (statutory) budget results in a $719 billion expense for the military.[1] Of this, $542.9 billion is for “baseline operations” -just keep the approximately 1000 bases around the world up and running.  $159.3 billion is for the wars in Iraq, Afghanistan and Pakistan, plus an additional $33 billion in support of those wars.  These figures include $669 million for Brain Trauma Injury care, $150 million for mental health and $1.9 million for counseling families.[2] When you add the $123.7 billion of the Veteran’s Administration, the amount spent on the military that is easily seen is more than ½ the entire budget for 2011.

But there is more that this in the budget for the military:  For example, the Department of Labor provides special job counseling for returning vets.[3][4] It also provides special aid to homeless veterans above and beyond the job counseling.[5] Vets who constitute about 7% of the general population, make up from 25 to 40% of the homeless according to estimates.[6] The line item for veterans in the DOL budget is a drop in the bucket:  $262,494.

There are also, sad to say, additional costs in the Department of Justice budget.  In the federal prison population there is an estimated 11.7% of inmates who are veterans.[7] The Social Security Administration has additional costs for some of the 2.2 disabled veterans whose disability was not determined to be “service related.”[8]

The Environmental Protection Agency has additional costs.  They are still trying to clean up Mustard Gas from World War I in a neighborhood near my home-among other places.[9] And only a few years ago I was barred from a small National Park in Washington, DC because Civil War poisons were found.

But there is still more!  Since the military is a principal cause of the national debt, a proportional cost of the interest on the $10.3 trillion should be laid at its door.  Interest for 2011 is estimated at about $197 billion.

And more:  tax benefits for military personnel.  All members of the military get housing allowances and moving expenses tax free.  To be fair, many Americans are able to deduct a portion of their moving expense and others are able to exempt their housing allowances.  But both the military personnel can deduct the mortgage interest and real property taxes presumably paid for with that tax free money.  Disability benefits and VA benefits are all untaxed as well as Combat Pensions.

The final tax benefit I will note is that Combat Zone Pay is exempt.  Now note that State Department, U.S. AID and any other employee of the United States government in the combat zone (or a similarly dangerous post) must pay income taxes on their pay.  Further, it is interesting to note that a member of the military need only spend ONE day in a month in a combat zone for the entire month’s pay to be deemed Combat Zone Pay and to be exempt from taxes.

I will say again that I am not saying if these costs are good or bad.  In fact, I personally would rather more money be given to the VA than the Selective Service Administration.  But regardless of your support of some or all of these costs, it is important to be aware of them.

Unfortunately the costs do not stop here.  We have opportunity costs when first responders are not at home to deal with disasters because they were deployed with the National Guard.  We have disasters when infrastructure fails because there was no money in the budget to repair or replace it.

But I am not a good enough economist (in fact, I am not an economist) to factor in all of the costs.

But I know one thing-it is too high.

[1] My information on the budget comes from the White House Budget Office.

[2] Since suicide continues to be the number one cause of death in the military after combat, the need for mental health and family counseling seems obvious.  http://www.usatoday.com/news/military/2010-07-15-army-suicides_N.htm Less well know is the fact that domestic violence among military families is at a much higher rate than the general population.

[4] This cost actually goes well beyond the federal government as many states spent money specifically targeted to vets as well in this area in part in order to receive additional federal funds. http://www.dispatchpolitics