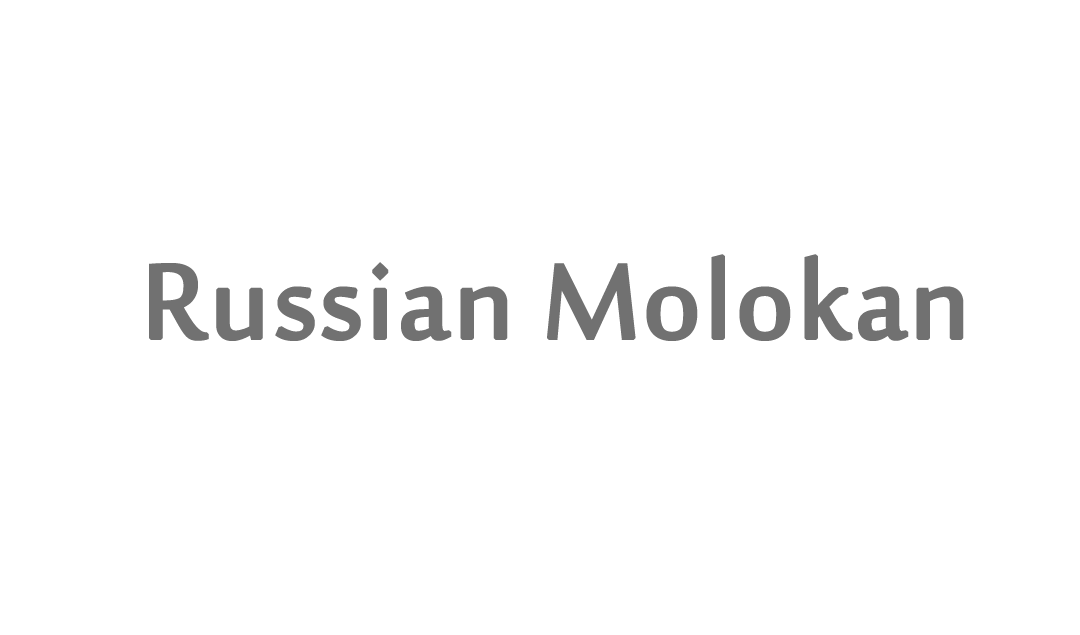 The primary preceptor of the Russian Molokans was Semeon Uklein, who preached from 1760 to 1805 throughout central Russia. Uklein met Matvei Semeonovich Dalmatov, a teacher of the Judaizers several years his senior, and converted him over to his Spiritual Christian understanding of the Bible. The 2 of them together compiled a confession of faith of the Molokan religion. Point 23 of his teaching is the following:

About oaths and war. Fulfilling the divine commandments, they [Molokans] do not have need for human ones, and must escape the fulfillment of those laws that are contrary to the teaching of the Word of God. So they must, for example, escape servility to landowners, war, military obligation, and oaths, and matters not permitted by the Holy Scriptures.

The Molokans in Russian have historically been conscientious objectors, and over the years have suffered imprisonment and exile for refusing to join the military.

David Yesseyevich in 1833 at the age of about 24 was involuntarily conscripted into the army of Imperial Russia. While attempting to train him he was filled with the Holy Spirit and refused to continue. The officers held this to be a breach of military discipline and sentenced him to execution. By a miraculous intervention of God he was saved from execution, but then was sentenced to prison, where he sat for 2 years. After his prison term he was transferred to the Caucasus, where he was finally discharged from the military and allowed to return to his Molokan community.

Maxim Gavrilovich, while in prison for preaching the imminent arrival of Christ and the beginning of the millennial Kingdom, wrote the following:

The omnipotent God, by way of His all-encompassing love, at the end of the Hebrew Kingdom and its strict legal discipline, revealed to all men dwelling in the world personally His first-born Son, Jesus Christ, and thus abolished the ancient dynasty of the house of David. Through Him, [God] everywhere published the new divine law and the true faith in [Christ], so that we the true believers might live without the knife and sword as sons of the new world; that we might repulse every enemy with the Word of God and the Spirit of the power of His wisdom as with a rod of iron, and not with the armed riot of the immemorial designs of the spirit of the devil, the deceiver of all the world. (Spirit and Life, page 480-481.)

These words have served as a creed for the Molokans as testimony of conscientious objection to military service. Rudometkin in his letters also states that those who participate in armed conflict will answer to God for all the misery and destruction caused by them.

As a result of their pacifist convictions, Molokans would not participate in the mandatory conscription imposed by Tsar Alexander III in the years 1887-1889. Rather than opposing any further persecution by the Tsarist government, they migrated out of Russia to America. About 3,500 Molokans migrated to the west coast of America in the years 1904-1911.

After the entrance of America into WW1, on May 18, 1917, military conscription began and all men between the ages of 21 to 31 were required to register to determine their suitability for military service. The Selective Service law did contain a stipulation for conscientious objectors, but this was limited to non-combatant service as determined by the President. As a result 3 Molokans elders were nominated, who composed a petition and then traveled to Washington, D.C., to present it to Selective Service officials. The 3 men were Philip M. Shubin, Ivan G. Samarin and Mikhail P. Pivovarov. In a subsequent letter, General Crowder informed them that the members of the Molokan community requesting conscientious objector status would be granted their request. A few Molokans from Arizona were sentenced to federal prison at this time.

In September of 1940, Congress passed a Universal Selective Service law requiring compulsory military service for all men between the ages of 18 and 45. As a result of this a petition was composed by elder Ivan G. Samarin to both the Selective Service office and to then President Roosevelt. Molokan Delegates David P. Miloserdoff, Walter P. Shinen, and John K. Berokoff. traveled to Washington, D.C., in October of 1940 to present petitions. The response from the Selective Service System was the grant of CO status to those Molokans who would follow due process as defined by them and who would then be assigned, “work of national importance under civilian direction.” The number of young Molokans assigned to Civilian Public Service camps was about 90. About a dozen young Molokans refused alternative civilian service and served time in federal prison.

Military conscription was introduced during the height of the Viet-Nam War. Young Molokans followed due process of law to acquire a CO exemption and worked 2 years in charity or hospital jobs as alternative service.

(From the C.O. Manual for Young Molokans)