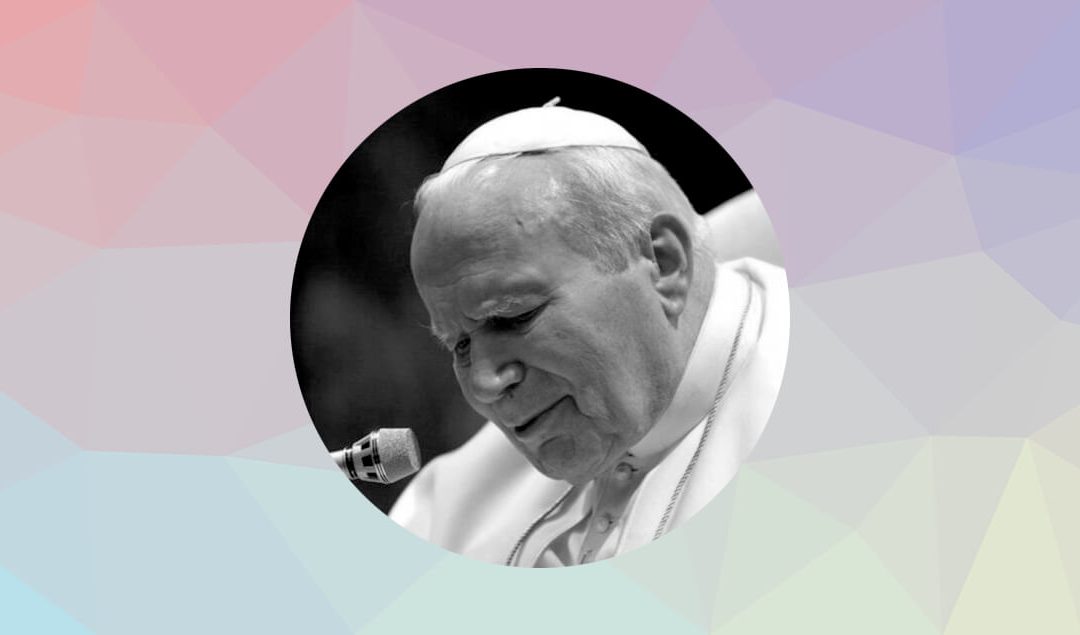 Message for the Celebration of the World Day of Peace, January 1, 2000

“Peace on Earth to Those Whom God Loves!”

This is the proclamation of the Angels which greeted the birth of Jesus Christ two thousand years ago (cf. Lk 2:14), and which we will hear re-echoing joyfully on the holy night of Christmas, when the Great Jubilee will be solemnly inaugurated.

At the dawn of the new Millennium, we wish to propose once more the message of hope which comes from the stable of Bethlehem: God loves all men and women on earth and gives them the hope of a new era, an era of peace. His love, fully revealed in the Incarnate Son, is the foundation of universal peace. When welcomed in the depths of the human heart, this love reconciles people with God and with themselves, renews human relationships and stirs that desire for brotherhood capable of banishing the temptation of violence and war.

The Great Jubilee is inseparably linked to this message of love and reconciliation, a message which gives voice to the truest aspirations of humanity today.

Looking to a year so filled with meaning, I once more offer everyone my good wishes for peace. To everyone I affirm that peace is possible. It needs to be implored from God as his gift, but it also needs to be built day by day with his help, through works of justice and love.

To be sure, the problems which make the path to peace difficult and often discouraging are many and complex, but peace is a need deeply rooted in the heart of every man and woman. The will to seek peace must not therefore be allowed to weaken. This seeking must be based on the awareness that humanity, however much marred by sin, hatred and violence, is called by God to be a single family. This divine plan needs to be recognized and carried out through the search for harmonious relationships between individuals and peoples, in a culture where openness to the Transcendent, the promotion of the human person and respect for the world of nature are shared by all.

War is a defeat for humanity

In the century we are leaving behind, humanity has been sorely tried by an endless and horrifying sequence of wars, conflicts, genocides and “ethnic cleansings” which have caused unspeakable suffering: millions and millions of victims, families and countries destroyed, an ocean of refugees, misery, hunger, disease, underdevelopment and the loss of immense resources. At the root of so much suffering there lies a logic of supremacy fueled by the desire to dominate and exploit others, by ideologies of power or totalitarian utopias, by crazed nationalisms or ancient tribal hatreds. At times brutal and systematic violence, aimed at the very extermination or enslavement of entire peoples and regions, has had to be countered by armed resistance.

The twentieth century bequeaths to us above all else a warning: wars are often the cause of further wars because they fuel deep hatreds, create situations of injustice and trample

upon people’s dignity and rights. Wars generally do not resolve the problems for which they are fought and therefore, in addition to causing horrendous damage, they prove ultimately futile. War is a defeat for humanity. Only in peace and through peace can respect for human dignity and its inalienable rights be guaranteed.

Against the backdrop of war in the twentieth century, humanity’s honour has been preserved by those who have spoken and worked on behalf of peace. We cannot fail to remember the countless men and women who have contributed to the affirmation and the solemn proclamation of human rights, and who have helped to defeat the various forms of totalitarianism, to put an end to colonialism, to develop democracy and to establish the great international organizations. Those who built their lives on the value of nonviolence have given us a luminous and prophetic example. Their example of integrity and loyalty, often to the point of martyrdom, has provided us with rich and splendid lessons.

Among those who have acted in the name of peace we should not forget those men and women whose dedication has brought about great advances in every field of science and technology, making it possible to overcome dreadful diseases and to enhance and prolong human life.

Nor can I fail to mention my own venerable Predecessors who have guided the Church in the twentieth century. By their lofty teaching and their tireless efforts they have given direction to the Church in the promotion of a culture of peace. Emblematic of this many- sided effort was the timely and prophetic intuition of Pope Paul VI, who on 8 December 1967 instituted the World Day of Peace. With the passing of the years, the World Day of Peace has become more firmly established as a fruitful experience of reflection and shared vision for the future. . . .

In this Jubilee Year, when the Church will commit herself to prayer for peace through solemn intercessions, we turn with filial devotion to the Mother of Jesus. Invoking her as the Queen of Peace, we ask that she generously bestow on us the gifts of her maternal goodness and help the human race to become one family, in solidarity and peace.