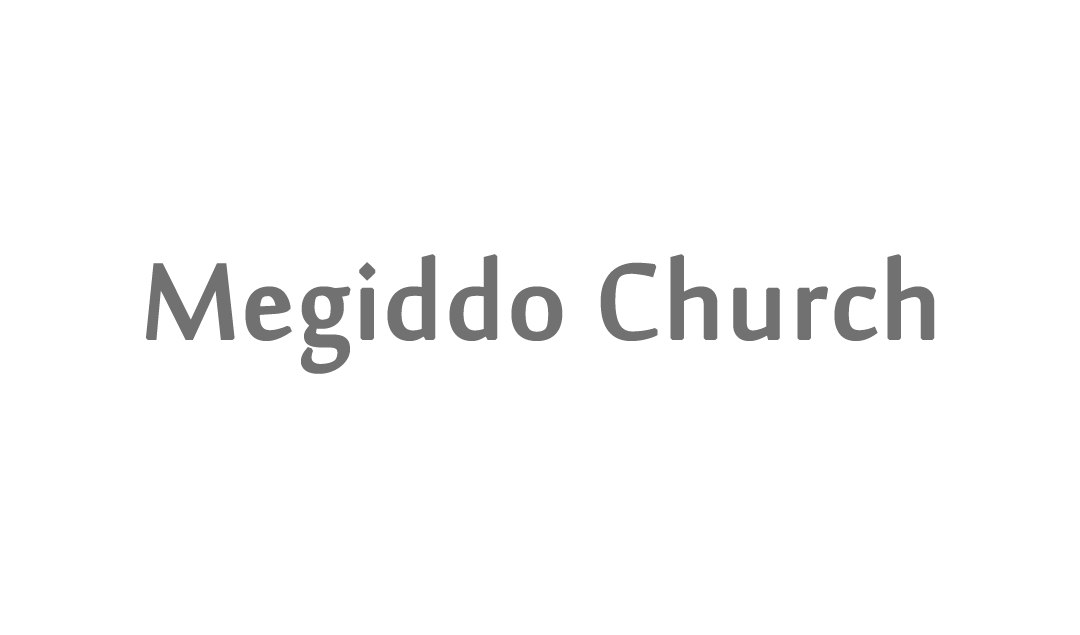 We of the Megiddo Church believe that taking life in war is condemned by Jesus, and therefore we are conscientious objectors to military service and do not serve in any branch of the Armed Forces. However, we do not resist authority or show disrespect to our Government, and as an alternate to military service, we offer to serve under civilian direction in work of national importance, such as farming, forestry, hospitals, etc. Serving our government is not wrong; it is taking of life that is wrong.

Basis of Our Position
There are three Bible principles which form the basis of our position:
1. Jesus commanded His followers not to do violence and not to take the sword.

When a group of soldiers came to John the Baptist and asked, "What shall we do?" he answered them, "Do violence to no man" (Luke 3:14). And when Peter raised his sword and cut off the ear of the servant of the high priest on the night Jesus was betrayed and tried, Jesus said to Peter, "Put your sword in its place, for all who take the sword will perish by the sword" (Matt. 26:51-52). Here is another clear statement of the Divine injunction.

Paul also wrote that we as Christians do not "war according to the flesh. For the weapons of our warfare are not carnal" (2 Cor. 10:3-4)—we are not to fight with carnal weapons. Again he wrote, "we do not wrestle against flesh and blood" (Eph. 6:12).

War is the desire to hurt, not help; to tear down, not build up. Jesus taught a gospel of kindness and love, compassion and healing. If all men and women worldwide were willing to work sincerely for the good of all others, if each esteemed another better than their self, if everyone followed the Bible laws on kindness, compassion, and love, there could be no war nor any need for war. There would be no strife even between individuals, much less between states, governments, or nations.

2. The Bible disallows all vengeance and retaliation, also all feelings of hate and anger. All vengeance belongs to God.

The taking of life is not the only aspect of war that the Bible forbids.

In Matthew 5 Jesus also spoke against retaliation. He had been contrasting the old Mosaic covenant with the superior law of faith when He came to the point of comparing the force of each. Actually, the law of Moses had been a law restraining retaliation. "Ye have heard that it hath been said, an eye for an eye, and a tooth for a tooth." The law may seem harsh, actually it placed a rigorous restraint on vindictiveness. A punishment might be so much but no more.

But Jesus went further and forbade all revenge. "But I tell you not to resist an evil person. But whoever slaps you on your right cheek, turn the other to him also" (Matt. 5:38-39).

This is a figurative illustration of a general principle. The law of Moses permitted one's worst passions to be vented; Christ's law allowed no feelings of ill. Injuries, even repeated injuries, should not be resented (Matt. 18:22). And one must never retaliate but rather, in Jesus' highly figurative language, "turn the other cheek" to the smiter.

The mere fact that a wrong has been done does not give one license to do another wrong.

This is what Jesus practiced as well as preached. We read that Christ "when He was reviled, did not revile in return; when He suffered, He did not threaten, but committed Himself to Him who judges righteously" (I Pet. 2:22-23)—an attitude far from "natural" when His persecutors were taking His life.

Vengeance is the divine right of God, as the apostle Paul wrote in Romans 12. It is not our prerogative to mete out vengeance. "Do not avenge yourselves . . . for it is written, `Vengeance is Mine, I will repay,' says the Lord" (Rom. 12:19). Our part is to control our own feelings and shame our enemy by acts of kindness: "Therefore `If your enemy is hungry, feed him; If he is thirsty, give him a drink; For in so doing you will heap coals of fire on his head'" (Rom. 12:19-20). Beyond this we cannot go. Beyond this we must leave it in God's hands.

Farthest from revenge, we must even return good for evil. "See that no one renders evil for evil to anyone" (I Thess. 5:15). "Not returning evil for evil or reviling for reviling, but on the contrary blessing" (I Pet. 3:9).

Many of God's Prophets recognized the fact that vengeance belongs truly—solely—only— to God. And they rejoiced in this fact. This was their deliverance from the dark powers that overshadowed them. This was the way God would one day subdue evil, so that good might flourish world-wide. Hence Jeremiah prayed, "But, O Lord of hosts, You who test the righteous, And see the mind and heart, Let me see Your vengeance on them" (Jer. 20:12). God Himself said, speaking through Moses, "Vengeance is Mine, and recompense" (Deut. 32:35); and the Psalmist said, addressing God, "O Lord God, to whom vengeance belongs— O God, to whom vengeance belongs, shine forth!" (Ps. 94:1).

The one who is seriously trying to live by God's law of life is forbidden all the feelings that underlie the warlike spirit, in great or small degree— feelings of anger, hate, strife, greed, jealousy, rivalry, pride, resentment, bitterness and revenge. The Christian can never under any circumstances harbor feelings of anger against anyone. The law is plain: "Cease from anger, and forsake wrath"—no exceptions (Ps. 37:8).

3. We are commanded not to resist authority but to be subject to the government under which we live. "Let every soul be subject to the governing authorities. For there is no authority except from God, and the authorities that exist are appointed by God. Therefore whoever resists the authority resists the ordinance of God, and those who resist will bring judgment on themselves" (Rom. 13:1-2). Even though we may not at times agree with the actions of our Government, we are not to protest or be uncooperative. If we resist our government, we resist God. If our government should require us to bear arms, we would have to accept the penalty without resistance in order to be loyal to God.

Even though we cannot take part in any action which may endanger, threaten, or kill our fellow beings, neither are we to take judgment into our own hands and try to hinder those who do. Jesus never taught His disciples to resist the actions of the government under which they lived, but only to behave in such a way that they themselves would be blameless, as far as possible, both before the law of the land and before God.

4. We do not oppose or condemn our country for going to war.

Because of our commitment to God it is not our place to advise, direct, or be concerned with our government's decisions. We are to leave all matters of state to the state. God has set up the governments of earth for this purpose—to keep law and order. Our duty is to obey God, to live by His laws, and let the officials of our country take whatever action they deem proper, recognizing that "the Most High rules in the kingdom of men, and gives it to whomever He chooses" (Dan. 4:25).

We are grateful to our Government for administering its national and international affairs so as to give us political security and freedom from strife and war, so that we can serve God undisturbed. God has arranged this, and we can only thank Him, and realize that the end of the age is upon us, that the great Day of the Lord is near, is near and hastens greatly (Zeph. 1:14).

There Will Be War

War has been part of the human picture in all ages. Said Jesus, not pinpointing any age or time, "For nation shall rise against nation, and kingdom against kingdom. . . . And you will hear of wars and rumors of wars." (Matt. 24:6-7).

As long as the earth is under human management without God's direct guidance, there will be periods of war. Why? Because the basic cause is the uncontrolled human animal instinct and the accompanying belief that might is right. So long as there is nothing to restrain this law of the jungle, there cannot be peace. If individuals cannot work for the good of each other and subdue their selfish, animal natures, what can be expected of nations? What is there to prevent injustice, aggression, and oppression when one nation is stronger than another? When there is no superior authority which all governments respect, what is there to prevent a ruler of one nation taking advantage of another, coveting what is not rightfully his, or abusing the rights of his subjects for his selfish ends? What is there to restrain such injustice—and what is there to stop other nations who choose to use their military power to protest and intervene? Picture what the world might be today if no one had gone out to fight against Hitler. Picture what the world would be if all criminals were allowed free reign, if there were no law and order. Yes, sometimes war under the present system is a necessary evil.

Historical Position of the Church

The members of our Church have been conscientious objectors through the years. Our founder, the Rev. Mr. Nichols, was the first to take this position during the Civil War, more than a century ago. At that time the United States did not protect conscientious objectors, and standing firmly for His convictions in an unfriendly atmosphere nearly cost him his life. Hearing of his resistance to bearing arms, an over-zealous sergeant took it upon himself to act as judge, jury and executioner, and placed Mr. Nichols before a firing squad. Had it not been for the timely intervention of a superior officer, Mr. Nichols would have been executed.

During World War I, the Rev. Maud Hembree, then serving as pastor of our church, wrote an appeal to the President of the United States to recognize our church as conscientiously objecting to war. A delegation from our church also appealed to the Selective Service Headquarters in Washington, and we were given recognition as conscientious objectors. Since then our church's position has been recognized at all times.