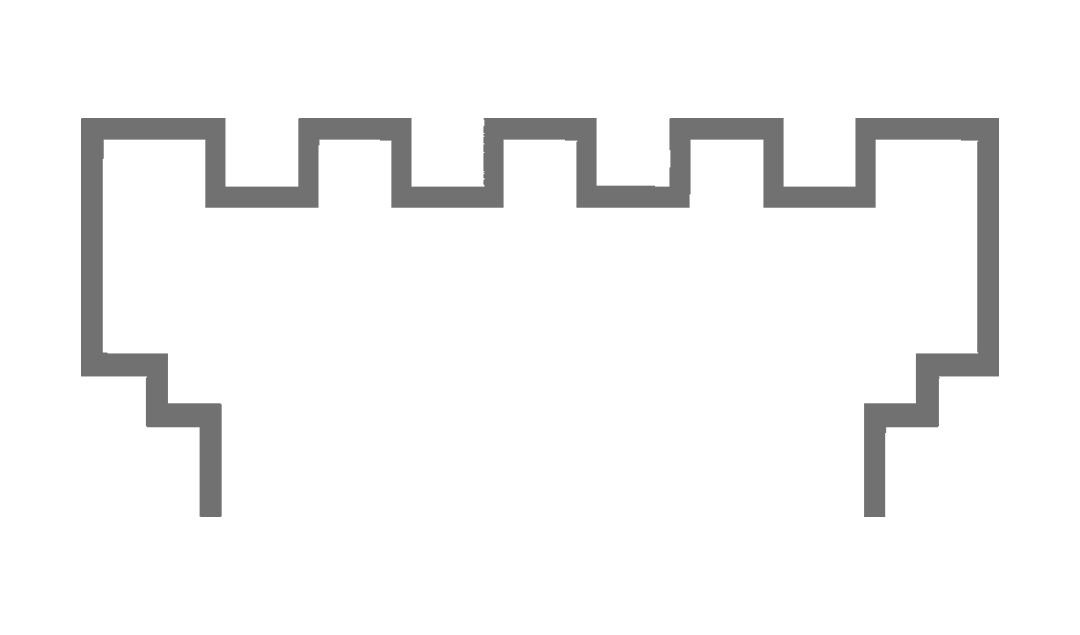 Jehovah's Witnesses are an international association of Christians who have been confronted with the issue of compulsory military service in many lands. They desire to follow Jesus' command to "pay back Caesar's things to Caesar, but God's things to God" (Mark 12:17). Each one balances this command with his Christian obligation of neighbor love. Jesus said: "These things I command you, that you love one another . . . you are no part of the world." "You must love . . . your neighbor as yourself" (John 15:17-19; Luke 10:25-27). When the issue of military service or participation in war is presented, each individual Witness makes his own decision as to his duty before God and men.

Historically, their decision has been to refrain from acts of violence against their fellowmen of other nations, for they regard these as their "neighbors" whom they should love. They have subscribed to the position of Isaiah's well-known prophecy: "They will have to beat their swords into plowshares and their spears into pruning shears. Nation will not lift up sword against nation, neither will they learn war any more" (Isaiah 2:4).

In the past, the Congress of the United States has provided exemption to registrants who entertain sincerely-held, religious objections to military service. Jehovah's Witnesses are conscientiously opposed to war and to their participation in such in any form whatsoever. For this reason they inform officials of the government that they conscientiously object to serving in the military, or in any civilian capacity which fosters or supports the military. Moreover, they are willing to accept the consequences of their Bible-based, conscientious position.

This is not a new belief which sprang from the anti-war movements of recent history, but rather one that has long been adhered to by individual Jehovah's Witnesses. To maintain such political neutrality, Jehovah's Witnesses have endured concentration camps, prison sentences, and many have given their lives. For example. during World War II in Europe, at least 260 Witnesses, according to incomplete reports, were executed because of their stand. This figure does not include those who died from starvation, disease and other brutal treatment in concentration camps.

In the United States thousands of Jehovah's Witnesses have been imprisoned for not "taking the sword" (Matthew 26:52). This is true of Witnesses in many other countries as well. Due to their strict neutrality they have never contributed to the slaughter of husbands, sons and loved ones of innocents in war. They have caused no bereavement for the surviving family and friends of war victims and casualties.

This does not mean that Jehovah's Witnesses are extreme pacifists. The Bible clearly teaches that "Jehovah has a day of vengeance" and that the King Jesus Christ will fight a righteous war from the heavens, in which he goes "forth conquering and to complete his conquest" (Isaiah 34:8; Revelation 6:2). Very soon, this battle of Armageddon will "bring to ruin those ruining the earth" (Revelation 16:14, 16; 11:18). However, Jehovah's Witnesses here on earth will not take part in the actual fighting. Their commission is simply "to proclaim . . . the day of vengeance on the part of our God" and "to comfort all the mourning ones" (Isaiah 61:2).

The only warfare in which Jehovah's Witnesses engage is a spiritual one. The apostle Paul said to his fellow Christians: "For the weapons of our warfare are not fleshly, but powerful by God for overturning strongly entrenched things. For we are overturning reasonings and every lofty thing raised up against the knowledge of God; and we are bringing every thought into captivity to make it obedient to the Christ" (2 Corinthians 10:4, 5). In maintaining their strict neutrality, Jehovah's Witnesses do not campaign against the war efforts of the nations in which they may find themselves. They are not political pacifists engaged in resisting war or interfering with the armed forces of any nation. The Bible forbids their meddling or taking part in the political affairs or controversies of nations.

Jehovah's Witnesses follow the admonition the apostle Paul gave to Timothy: "As a fine soldier of Christ Jesus take your part in suffering evil. No man serving as a soldier involves himself in the commercial businesses of life, in order that he may gain the approval of the one who enrolled him as a soldier" (2 Timothy 2:3, 4). They do not involve themselves in any way in the military affairs of the world, having already enrolled as soldiers of Jesus Christ. They know that they cannot serve two masters nor can they allow themselves to be distracted from the preaching activity earthwide (Matthew 24:14; 28:19, 20).

These Christians await the time when Jesus Christ will rule the world as the Prince of Peace (Isaiah 9:6). Meanwhile, they remain law-abiding and peaceable, cooperating with the governmental authorities in all things which do not conflict with God's law. In those few instances where there is a direct conflict between God's law and that of the state, they "obey God as ruler rather than men" (Acts 5:29). Nevertheless, in so doing they offer no active resistance to the constituted, legal authorities and are quite willing to accept the consequences of their conscientious objection (Romans 13:1, 2; Titus 3:1; Isaiah 2:4; Matthew 22:39).

This briefly outlines the position that individual Jehovah's Witnesses have taken with regard to military service. In the final analysis each one makes his own conscientious decision based upon his appreciation of the Bible principles (Galatians 6:5).