Conscientious Objection and the Oath of U.S. Citizenship

Conscientious objectors to war have a special issue when they decide that they want to become U. S. citizens.  Legal accommodation for conscientious objectors in America goes back to colonial times.  U. S. law, however, provides that when someone becomes a citizen they must take an oath of loyalty that includes agreeing to bear arms when required by law.  Many COs have a problem making such a promise even knowing that it would never, in reality, apply to them.

Here is the oath of allegiance in full:

As the government sees it, with the privileges of citizenship also come responsibilities. U.S. Citizenship and Immigration Services (USCIS) allow conscientious objectors to take the oath without these clauses:

We have not provided a sample letter because there is no one more expert than you on your own beliefs.

If you have never served in the military, please review CCW’s Registration and Basic Draft Information Packet. It contains an explanation of U.S. CO law, and how to put together a good CO statement.

The USCIS webpage explains the legal standards you must meet:

To qualify for the exemption from the promises to bear arms and to perform noncombatant service, a petitioner must show each of the following; (1) that he is “opposed to any type of [military] service”; (2) that his objection is grounded in religious principles, as construed by the Supreme Court . . . and (3) that his beliefs are sincere, meaningful, and deeply held. The three tests are cumulative and each must be satisfied. . .
(USCIS Interpretation 337.2(b)(2)(i)).

“Opposed to any type of [military] service.”

The wording in U.S. conscription law is that one must be “opposed to participation in war in any form.” If you object to particular wars, but not others, you do not qualify as a CO under U.S. law. Just remember that you are writing about your values, you are not writing a critique of U.S. wars or military policy. Your audience is highly patriotic so be sure to write in “I” statements, and avoid accusations or become too political in your statements.

“Grounded in religious principles, as construed by the Supreme Court.”

[The Supreme Court]  held that a conscientious objector status under the conscription law may not only be based upon sincere, deeply held beliefs having their origin in traditional concepts of religion, but also upon beliefs which are purely ethical or moral in their source. [The Court] makes it abundantly clear that a basic policy of our law is to recognize and protect sincere, conscientious beliefs which are so premised, and to construe statutory provisions in a manner which will achieve that purpose.
(USCIS Interpretation 316.1(h)(3)(iv))

You do not have to have a particular religious faith or even any religious faith.  And while the law is clear, you may encounter immigration officials who are not well versed in US conscientious objection law. The Center has helped those applying for citizenship who were told that they must belong to a church that forbids their members from participating in the military to qualify as a CO. So if you aren’t part of an easily recognized religion that has been historically opposed to war, or if you are not religious, you may encounter resistance from immigration officials who don’t understand how conscientious objection is defined in US law.

If you do have a religious basis for your belief it is helpful to have a leader of that faith community submit a statement of support, and it may be helpful for them to explain your religion’s teachings about war.

If the opposition to war stems form (sic) beliefs held with the strength of traditional religious convictions, the sincerity test is satisfied. To rebut a prima facie case of eligibility for the exemption, there must exist provable, reliable facts that provide the basis for disbelieving the claimant or something which blurs the picture printed and thus casts doubt on sincerity. Unexplained impression are insufficient, as are mere suspicion and speculation; but insincerity may be found to exist because of the shifty or evasive demeanor of the claimant. Rejection of a claim can be based upon a finding that the claimant does not in fact believe his outward manifestations or that such belief is not deeply held, as when prior statements or actions are inconsistent with the claimant’s stated beliefs, or are untruthful, . . . The absence of any inconsistent facts does not preclude an honest and rational finding of insincerity and express rejection of the claim on demeanor grounds.
(USCIS Interpretation 337.2(b)(2)(ii))

Essentially the issue is, “Do you really believe it?”

Remember that your objection must be to “war in any form.” If you object to particular wars, but not others, you do not qualify as a CO under U.S. law.

You can find a detailed discussion of the law under Interpretation 337.2 at the U. S. Citizenship and Immigration Services website.

The Supreme Court, in the Selective Service case of U.S. v. Seeger , 380 U.S. 163 (1965), held that “religious training and belief”. . . did not require a belief in a traditional personalized God. Rather, it was said to embrace a sincere and meaningful belief based upon a power or being, or upon faith, to which all else is subordinate or upon which all else in ultimately dependent; stated another way, a sincere and meaningful belief which occupies in the life of the possessor a place parallel to that filled by the God of those admittedly qualifying for the exemption satisfies the definition. . .

Welsh v. U.S. , 398 U.S. 333 (1970), clarified the standards in Seeger , holding that the Selective Service statute exempts all those whose consciences, spurred by deeply held moral, ethical, or religious beliefs, would give them no rest or peace if they allowed themselves to become an instrument of war. The court thus appears to have construed “religious” beliefs to include certain deeply held “moral” and “ethical” beliefs. The court further held that excluded from the exemption are [those] whose objections to war do not rest upon moral, ethical, or religious principle but, instead, rest solely upon considerations of policy, pragmatism, or expediency, and those whose beliefs are not deeply held.. . .(USCIS Interpretation 337.2(b)(2)(ii)).

Court decisions “stress that exemption is not dependent upon membership in or adherence to the teachings of a particular religion or organized church that is opposed to war or killing as a matter of doctrine, but is personal to the claimant.” (USCIS Interpretation 337.2(b)(2)(iii)).

Feel free to contact the Center for help, and you may even want to submit your CO statement to us for feedback before submitting it. 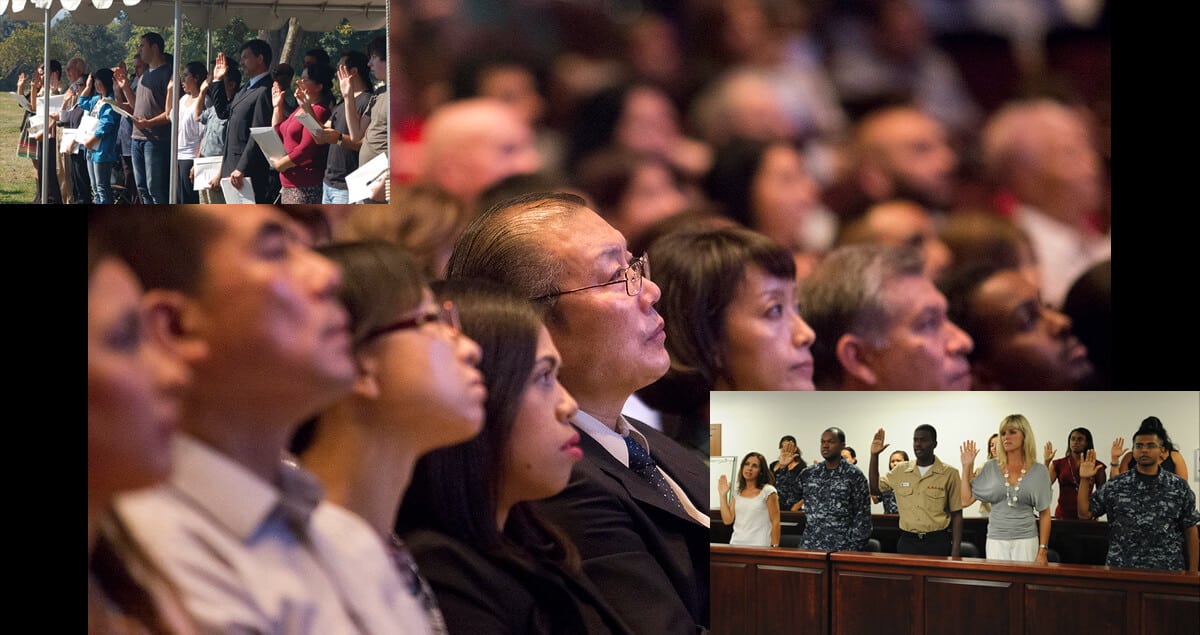 If you’ve never served in a military, review our Registration and Basic Draft Information

If you have been in a military, review our Guide for COs in the Military